Solskjaer Promises to Stick With Lingard 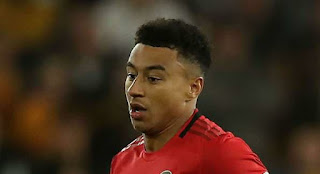 Ole Gunnar Solskjaer has defended Jesse Lingard's poor start to the season, insisting his "energy" is important to the way Manchester United play.

Lingard, 26, struggled in the opening two games against Chelsea and Wolves and was hauled off after 56 minutes in Saturday's dismal 2-1 home defeat to Crystal Palace.

The England international, who finished last season with five goals in all competitions, has not scored in the Premier League since Solskjaer's first game in temporary charge against Cardiff City in December.

But the United boss is adamant that he will remain an integral part of his side, though 17-year-old Mason Greenwood, who replaced him against Palace, is pushing for more playing time.

When asked if he was concerned by Lingard's early season form, Solskjaer said: "No. We stick together.

"Jesse's not scored any goals in the last three games, no, but he's been a big part of our team and will continue being an important part.

"The energy he gives us is lively, but we felt Mason [Greenwood] had to come on and create something and we'll see more of Mason."