Pep: Man City Will Sell Sane If He Wants to Leave

Pep: Man City Will Sell Sane If He Wants to Leave

Manchester City head coach Pep Guardiola has insisted that he wants Leroy Sane to remain at the Etihad Stadium but claims he would talk to the club if the winger requests a transfer.

The 23-year-old has spent the last three years of his career in Manchester, having joined the Premier League champions from Schalke in 2016.

The Germany international has picked up six major trophies with City, including two league titles, but he found regular playing time hard to come by towards the back end of last season.


Speaking ahead of a Community Shield clash against Liverpool on Sunday, Guardiola took some time to address speculation over Sane's position at City and insists he only wants players who want to stay.

"What [director of football] Txiki [Begiristain] sent me two or three weeks ago, [told him] it [a contract agreement] was quite close. Now it's not. Now it's a bit different. That's where it is," Guardiola began.

"I'm not aware of the rumours. I want players who want to stay. The player didn't tell me anything, that's the reality.

"If he knocks on the door and says he wants to leave then we will speak with the club. We want him to stay here because we try to extend the contract for more than a year." 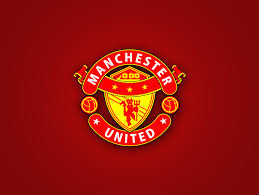