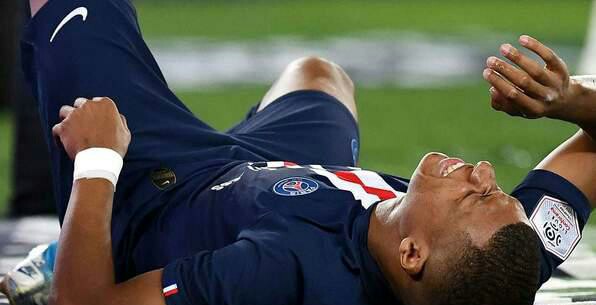 Kylian Mbappe was forced out of Paris Saint-Germain's victory over Toulouse on Sunday as the forward became the third player to suffer an injury on the day for the French champions.

The striker grabbed the back of his leg and had to leave the match in the 66th minute, suffering an apparent hamstring injury that ended his day prematurely.

Mbappe walked down the tunnel with a team physio, as 17-year-old defender Arthur Zagre took his place in the PSG lineup.

The injury was the third of the day suffered by a PSG player, as Edinson Cavani and Abdou Diallo were also forced out of the match.

Cavani's injury occurred just 14 minutes into the match as the Uruguayan forward appeared to tweak his groin, prompting an immediate substitution.

He was replaced by Eric Maxim Choupo-Moting, who provided a pair of goals for PSG in the 4-0 win.