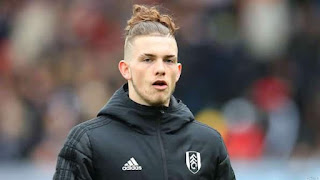 Liverpool have finished their 2 signing of the summer after confirming the arrival of Fulham  Harvey Elliott.

Elliott links up with the Merseyside outfit after a memorable campaign at Craven Cottage during which he became the Premier League's youngest ever player.

He could make his first appearance for the Reds on Sunday after being named in their squad to face Napoli at Murrayfield.

He follows teenager Dutch defender Sepp van den Berg through the doors at Liverpool after the 17-year-old's arrival from PEC Zwolle was confirmed in June.

The signing of 16-year-old Elliott is being seen as something of a coup at Anfield, with the Reds beating off interest from the likes of Arsenal, Manchester City, Real Madrid and Paris Saint-Germain to sign the forward.

But it is understood that Elliott's support of Liverpool was enough to persuade him to swap west London for Merseyside.